The development of high-frequency bands is mainly manifested in three aspects of the civilian sector. On the one hand, in order to realize the next generation of 5G communication, the research of 60 GHz millimeter wave has become a research project attracting attention in various countries around the world. High-band millimeter-wave mobile communication can provide a sufficient amount of available bandwidth, miniaturized antennas and devices, and higher antenna gain. V-band (57-64 GHz) and E-band (71-76 GHz, 81-86 GHz) are highly accepted. Attention. On the other hand, it comes from 802.11ad based on the 60GHz band. Compared to the 2.4GHz and 5GHz bands, 802.11ad has a wider channel to achieve transmission rates of up to 7Gbps to support a wide range of advanced applications. Intel, Qualcomm, SiBEAM, etc. have introduced chipsets that integrate 802.11ad. The third aspect is from vehicle-assisted driving based on high-frequency radar. With the development of smart cars and driverless technologies, high-frequency radar technology will become one of the most core sensing technologies in a car driving, which will drive related industries from materials, chips, antennas, test and measurement, and system integration. The development of the chain.

With the promotion of “Tiangong”, “Shenzhou”, “Chang’e”, “Kwafu”, the world’s largest radio telescope FAST, Ka-band broadband test satellite, a new generation Beidou navigation satellite, quantum communication, etc., China in aerospace and space Exploration and other fields have entered a stage of comprehensive and rapid development. At the same time, with the construction of China’s national defense modernization and the Party Central Committee and the State Council, the strategy of promoting the integration of military and civilian development is promoted, and the transfer of high-tech military technology to the civilian sector is promoted. Military industry is encouraged to adopt advanced and applicable civilian technologies to promote the integration of military and civilian integrated circuit manufacturing projects. These are inseparable from high-frequency technology, such as millimeter wave technology, which greatly improves imaging efficiency in the field of radio astronomy, and maybe the next-generation radar technology after phased array. At present, the finished products with frequencies up to hundreds of GHz are constantly emerging. UHF circuits have gradually become mainstream technologies, and have broad application prospects in the fields of aerospace, space exploration and national defense modernization in China.

Some insiders have said that in the context of the Internet of Everything, the future microwave radio frequency will be the same as the current power industry, and the output will become the basic industry of all walks of life. This may be a bit exaggerated, microwave radio is still a very professional field of niche, but the impact is huge. It is expected that the growth rate of the entire microwave RF industry will still be higher than the general industrial growth rate in the next five years. 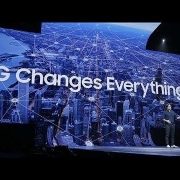 China Mobile Will Build 50,000 5G Base Stations During the Year
0 replies