The rapid pressure of mobile communications to bring capacity pressure to the system has caused widespread attention to the efficient use of wireless spectrum. Smart antenna technology is considered to be one of the most useful ways to further advance the spectrum utilization rate. This article first introduces the concept of smart antennas and its value in advancing the capabilities of wireless systems (capacity, cover-up, new services, etc.).
With the rapid development of mobile communications, more and more services will be carried out by means of radio waves, and limited spectrum resources are facing the pressure of increasing capacity requirements. Regarding the second-generation mobile communication system GSM, some major cities in China have shown difficulties in capacity supply. The radius of residential cells is now very small. Now, as the key research and application of 3G and its business methods will no doubt There is a higher demand for network capacity. High-speed data services will be a primary feature of 3G network effectiveness, which will make network data traffic, especially in the downward direction, significantly clearer. Therefore, in order to achieve a significantly different effectiveness from the second generation system in the 3G system and fully reflect the advantages of the 3G system in terms of business capabilities, network capacity will be a key issue for network operators. As far as the current situation is concerned, smart 4G antenna technology will be one of the most useful methods for advancing network capacity, especially regarding 3G communication systems where self-disturbing is the primary annoying method. 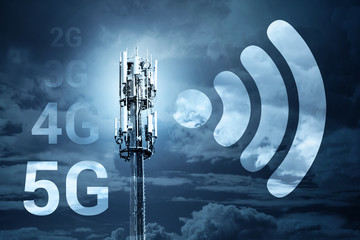 An antenna whose gain characteristic can be adaptively changed in real time according to the signal is called a smart antenna. Unlike ordinary antennas, which are mainly radio frequency, smart antennas include radio frequency and signal processing and control. At the same time, due to the constraints on the size and cost of the terminal, the research on smart antennas now mainly meets at the base station side. The smart WIFI antennas we are talking about below also refer to the application on base stations.
Now, base stations use omnidirectional antennas or sector antennas. These antennas have fixed antenna pattern methods, and smart antennas will have pattern characteristics that change in real time based on signal conditions.

Analysis of the development trend of new antenna technology